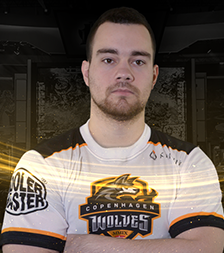 Mr. Copenhagen Wolves League of Legends himself, Joey is the longest standing current member of the Copenhagen Wolves alongside Petar "Unlimited" Georgiev and currently the Captain of our team. He has shown his leadership time and time again and has been a constant force in the toplane ever since his first triumph in the yellow, black and white shirt at DreamHack Summer 2013 where one of the greatest runs in Copenhagen Wolves history began. 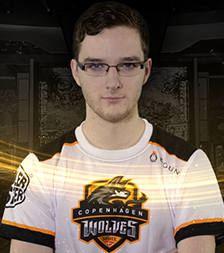 Being the newest member of the Copenhagen Wolves, we are extremely excited to add Aleš to the AD Carry position. There is no doubt that there are large shoes to fill with such renowned players having occupied the position before him but we are comfortable that Freeze is ready to finally show that he belongs in the European LCS. 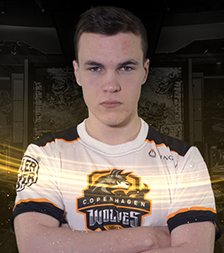 Søren is in many ways a cindereally story happening in front of our eyes. When he was brought in by the Copenhagen Wolves during the 2014 summer split only a handful of people even knew who he were, something that has definately changed by now. Stepping into the legacy of famous Copenhagen Wolves midlaners named Søren, SorenXD has shown a unique stability and poise when being thrown directly into the fire of facing some of the best midlaners in Europe. 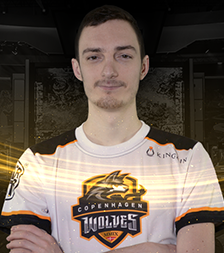 Petar is the co-captain of our League of Legends Division and one on the longest tenured members who is famously known for his big smile and a laugh you pretty much hear all the time. Being the support player both on the rift and very much in real life, Petar is a team player who enjoys being around people and lifting the spirits of those around him. 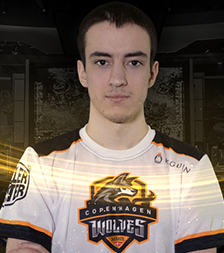 Karim is in many ways the X factor of our League of Legends Division and an extremely aggressive player, something that has made him quite a fan favorite and Youtube phenomenon. Known for his insane mechanics on Lee Sin and all out playstyle, Karim is very much a playmaker that brings a bit of flavour to an otherwise very solid and controlled team.